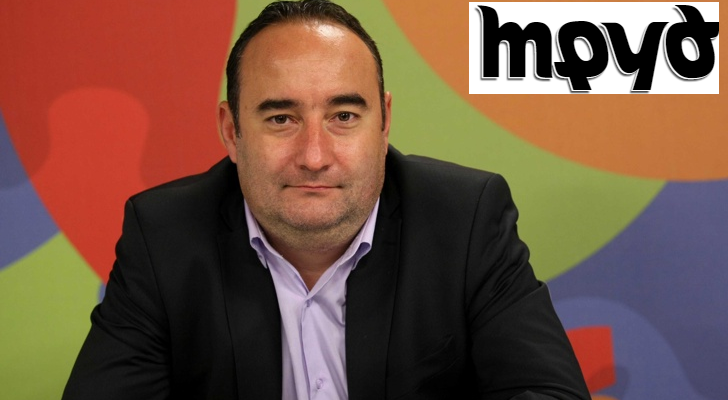 – Dimov, in a few days the Law on normative acts will take effect and thereafter every bill will be submitted with an impact assessment instead of good wishes only. You called this a “revolution.” If it won, MPs and other authorities will stop drafting laws for anything? What if it remained on paper?

– The final adoption of the Amendments to the Law on Normative Acts (LNA), which introduces mandatory Regulatory Impact Assessment (RIA) coincided with the date on which Bulgaria celebrated the 140th anniversary of the Aprilian Revolt. We called it a revolution in rulemaking, not because of this coincidence in dates, but because it is a fact. There are at least five bills from the last decade that offered something like that. They all stopped at a certain stage of discussion and never reached to a successful end. We, the experts, the representatives from the Council of Ministers, the National Assembly, NGOs and academia who participated in this process since 2013 had the chance to succeed because we received political support for the adoption of the changes. Not surprisingly, our Western European colleagues called the process “regulatory reform” in Bulgaria, because it is a change of mind, of the approach to regulation, of the liability of regulated and regulators. And we from the Center Regulatory Impact Assessment called it “a novelty in the legislative process” or “regulatory innovation” which is also popular in Europe. We are talking about a strict algorithm of steps and stages that puts clearly measurable objective frames of the regulatory process. Through RIA methods of different sciences as law, sociology, economic theory and start working in synergy synergistically to assess the realities of the surrounding environment and the existing problems, to forecast their development, propose solutions, compare alternatives and reach a solution best for everyone.

– These are not all ministries and all MPs or all members of a ruling political party. This is the individual interest protected through the prism of the public interest, finding the optimal solution for the concerned individuals and groups, and state and society as a whole. All of this is done not to undermine or substitute the decision of those authorized, but to make it an informed, reasoned, transparent and adequate to reality. Acts are adopted to regulate the essential social relations that are “susceptible to permanent regulation” and not for anything, as say. Is there a legally fixed list of social relations, which should be regulated by an act? The answer is no. The Constitution provides for about 40 cases, but this framework is too broad and not exhaustive. Is there a list of criteria for determining which social relations are essential and which are not? The answer again is no. What are the relations susceptible to permanent regulation in today’s dynamic world? This is even more hardly harder identifiable.

– Therefore MPs have competence about their own competencies in exercising the most important power in the state – the legislative. Its objective frames are formulated so broadly that in practice this power is unlimited – it’s not just my conclusion. RIA starts from the question: Should the state intervene regulatory to resolve a problem or not? If “yes”, in what form it shall be – legislative, sub-legislative or non-regulatory act? Until now, such questions were almost never asked in our rulemaking.

– But by now bills have been proposed together with motives, haven’t they?

– Yes, but according to the National Center for Study of Public Opinion (NCSPO) only 5-6% from all submitted bills to the current National Assembly fully meet the requirements for contents of their motives. In the last parliamentary session there was not even one bill in the motives of which results from studies of the effectiveness of the existing legal framework were included, and scientific expertise – no need to mention at all. The motives for the bills contain the subjective public arguments of a MP – why should the bill be adopted. What actually stands behind them – personal, family, party, economic or other interests – we can not know? RIA is the opposite of subjectivism – unbiased analysis of evidence collected transparently assessed in an expert manner by indisputable scientific methods. A lawmaker from a governing party during the discussions in the legal committee asked me what would happen if there is a conflict between the motives and RIA? I told him: RIA can not replace your will. The decision is yours, by RIA it will be more informed and better. But the liability is also yours. If, despite the negative findings of RIA, you impose your decision and after 3 or 5 years it proved that it led to more costs than benefits, you will be liability.

– So far I have not heard any MP to be liable for any nonsense in any act that was passed.

– Following the entry into effect of the mandatory RIA any potential initiator of legislation will be aware that before submitting the final legislative text it has to go a long way for justifying the needs, necessities, benefits and costs, strengths and weaknesses, threats and opportunities, risks and impacts. Knowing this, he/she must give up prolific legislative activity and thus voluntaristic decisions in This is the preventive role of RIA. The basic rule of RIA is to first consider called the “zero option”, also called “do nothing” or “no action” – to forecast whether given problems would not be resolved by themselves over time, without any regulatory intervention. For me and the people from my generation, with whom we have been working on the topic, zero option with regard to RIA does not exist. We will not allow the process to remain only on paper. In this we find meaning to stay in Bulgaria.

– I heard you say: “4th November is the moment of truth.” Which truth? There is one that is known by all: that in our country MPs and Ministers promise a solution to any problem with legislative amendments. Thus the Criminal Code has been changed 33 times in the last 10 years, the Criminal Procedure Code – 43 times and so on, but justice has not improved.

– There comes the moment of truth for those who have the power over to propose and adopt legislation. We will see sincere they were when voting for the adoption of LNA. In the law literature there exists the view that law-making is a highly intellectual activity that combines sophisticated cognitive, psychological and valuable process of reflecting the existing environment and a selection of those social relations that should be covered by legal regulation. Legislating requires a wide range of knowledge and skills. And a person or a limited circle of persons should not propose bills themselves. Subjectivity is inherent for every human being. An MP like any human being is not completely unbiased, rather is subjective, prejudiced, with personal dependencies and complexes. It is even possible that MPs are more dependent than the ordinary citizen because of the need to follow many different interests – personal, business, party, public… It is therefore normal, as our teachers in law say that the Council of Ministers is the main initiator of bills (70-80%), rather than individual MPs. Yes but no. The most recent study of the legislative activity of the 43rd National Assembly done by NCSPO says the opposite. Over 70% of all bills were initiated by MPs.

– One thing is theory and practice is another. Could you tell us who and how is to carry out regulatory impact assessment in practice?

– Responsible for doing RIA will be the one who intends to use the strongest authority instruments in democracy – rulemaking. The Executive power or MPs who are considering the idea of changing the existing legislation should be responsible for the carrying out of RIAs. Please note – not to carry out, but to be responsible for doing it. Their ideas will go through a test for significance, necessity, consistency and added value. It will be subject to economic analysis and sociological research. On their proposals the best national and foreign experts will have the word. They will be discussed with the future costumers of regulation, with the users of their products with their constituents. The European Commission says that public consultations (PC) are “anchored” in RIA.

– One mother wrote these days in “Trud” to the MPs: Do not modify the Family Code before you think! She was afraid of their idea of “shared parenting” – equal rights to parental divorce, regardless that the father for example is a drunkard or a villain. Who and how will assess the impact of this change?

– In recent months, there was quite active legislative work in Parliament. One reason is the expectation of what will happen when LNA enters into force. Besides ex ante RIA, there is also ex post RIA.

– But such an assessment is required also by the acting Law on Normative Acts.

– Yes, but no one applied it in recent years. Our environment – social, economic, etc., is so dynamic that decisions made 3 or 5 years ago, today may sound inadequate. Law-makers are people and like everybody else make mistakes. Of course, any normative act should set clear objectives with clear criteria for measuring their achievement, and give time after that to make evaluation of it. All EU countries with traditions in democracy do this. Every business, every organization does it: planning, adoption of a strategy and then reporting on it. Our lawmaker has thus far presumed to be faultless and its adopted regulations universal – equally well working before the EU and after the EU, during the global economic crisis, and before it, both before and during the migrant wave. But this is impossible, right?

– Many MPs were understandably against the introduction of RIAs since it limited their legislative initiative. If they begin to make fictitious assessments they will be meaningless. And the foolish legislation adopted at accelerated rate that leads to legal nihilism will continue.

– RIA is not accepted as a result from the revolution of the masses against the ruling class. Rulers-makers themselves realized the need from an objective framework to legitimize their decisions to increase their credibility in the country, in legislation, to raise legal awareness and to achieve better implementation. The opposite causes avalanche of nihilism. This is a state of dodgers – ones adopting in a cheating way laws that serve their personal interests and the others in the same cheating way circumvent them! We do not need this. If it exists, concepts as rule of law, social country, civil society remain chimeras, a daydream of the authors of the Constitution. RIA will help those who exercise their right of legislative initiative. RIA on the basis of researches and studies will provide the diagnosis of the “sickness” (the problem) for which treatment an MP would propose a relevant legislative measure.